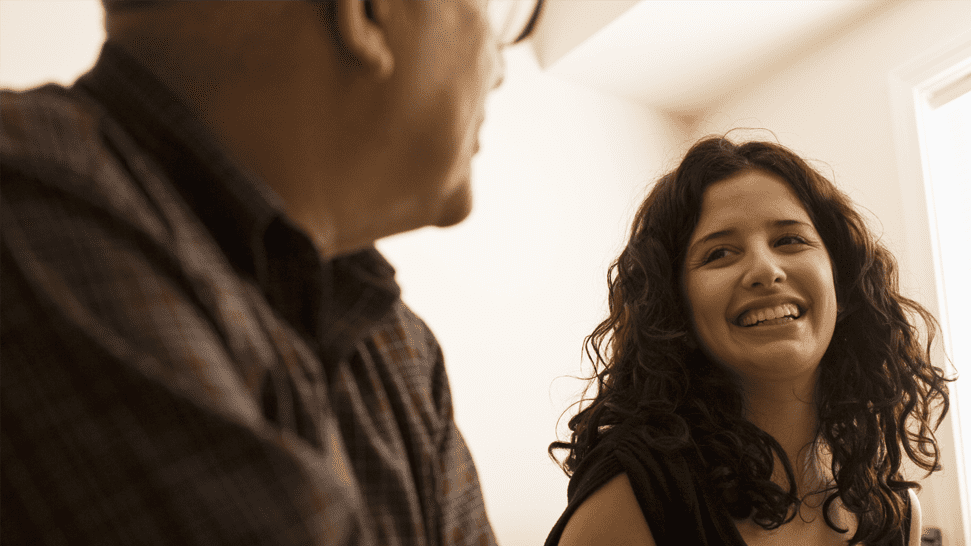 When Kate* heard her father’s investment adviser had originally had contacted him ‘out of the blue’ she immediately became suspicious.

“He’d casually mentioned he now had an overseas broker and was making some good money. We were very happy for him and thought it was fantastic he was getting into shares!” says the 33-year-old Aucklander.

“But as soon as we heard that he’d been cold-called, I started to do a lot of my own research.”

Kate took the initiative and contacted the FMA about her suspicions, and was told her fears were justified – that her father was being scammed.

“It's just so disappointing there are people out there stealing money from hard-working New Zealanders,” she says.

The story began when Kate’s father Bob* was contacted by the scammers in November 2020.

“They approached me first,” he recalls. “So it was a cold-call, and I wasn’t aware that companies aren’t allowed to just cold-call you in New Zealand and offer shares.”

Almost into his sixties, Bob was already thinking of selling his business, retiring to a lifestyle block, and investing money trading shares.

The caller said he was from an investment company named Synergy Capital Asset Management, in Hong Kong. He was offering trading in “pre-IPO shares”, which are shares some companies sell before they make their first listing on a public market.

The caller proposed a first spend of around $8,000 – a “small” initial investment to “establish trust”.

“I’m very cautious in my business,” says Bob. “So I won’t take on something I don’t think feels right.”

So in December 2020, Bob transferred the money to a bank in Hong Kong.

A week later, Bob got a phone call from a man who introduced himself as “Michael Cornell”, the “Head of Corporate Department” at Synergy Capital.

“He has a London accent,” Bob says, “and he’s a great talker. I can have a conversation with him for twenty minutes and get four words in.”

“There was a lot of technical stuff I didn’t understand. But I thought, ‘He obviously knows what he’s doing.’ He sounded really trustworthy, like he knew his stuff.”

Emails shared with the FMA show how “Michael” used many of the scammers’ tricks:

In January 2021, Bob’s local bank blocked him from sending “Michael” over $55,000, warning that it could be a scam, and suggesting he check the entity was licensed to trade with Kiwi investors.

“He just said banks do that all the time, they don’t like money going offshore, they want to control the money in New Zealand. He said ‘All my customers in New Zealand have this problem with the bank’. Said once you do it a few times, they’ll know you, you just have to put up with it for now.”

He did ask about other things that didn’t sit right with him, though.

“I said, ‘How many people work at your place?’ and Michael said about 55. I said, ‘Not one of them’s got a LinkedIn address.’ And he said, ‘We don’t advertise like that.’”

“I asked why I could never call him directly and he said they weren’t allowed to give out their numbers for legal reasons because they couldn’t do private dealing, everything had to go through main line.”

And so “Michael” managed to talk his way back into Bob’s confidence.

“I used to say to him he was good at what he does. Little did I know.”

Despite the red flags, over the next six months Bob continued to send money for what he thought was the purchase of more shares, and continued to receive glowing reports of the gains he’d made.

“In hindsight, there was a lot of naivety on my part [around investing] and Michael exploited that with a lot of talk that was confusing.”

No official documents such as share certificates were ever sent back, only emailed receipts and offers of more investments. Bob was told all the information he needed was online, and gave him login details to a website that supposedly showed his portfolio and balance.

“They promised all along you’ll get your money back if you need it for anything. So I thought nothing of it.”

In June 2021, Bob followed through with his earlier plan to sell his business and investment properties, and sent the scammers much of the deposit from that sale – over half a million dollars.

“And as I gave him more and more money, he said, ‘You’re an A-class buyer now. We can get you into a Corporate customer account.’”

The catch was this required a minimum balance. And once again, they tried to rush Bob into it.

Around this time, Bob spoke to his daughter, Kate, about investing in the scheme too, and showed her some of the information he’d received.

“And my daughter took it home and showed it to [her husband] who has an MBA, and then came back saying, ‘Hey dad, we think this is a scam.’”

“When a family member is being scammed you keep hoping that it's not true,” says Kate, “but there were just too many red flags to be convinced otherwise. When I saw my father had been asked to transfer money for shares to so many countries around the world I was definitely sure it was a scam.”

Kate then pointed out a big red flag that had been in hiding in plain sight: the initials of Synergy Capital Asset Management spelt S-C-A-M.

“I said, that’s a coincidence surely,” says Bob. “They wouldn’t be that brazen.

“So I confronted Michael and he said he was happy to answer any questions she had, and he assured me that if Synergy Capital Asset Management was scamming people it would be all over the internet.”

Unconvinced, Bob’s son-in-law suggested he try to sell some of his shares.

“It wasn’t until I went to withdraw some money Michael told me that I couldn’t."

He said, ‘You can’t sell pre-IPO shares for six months or until they reach their target price. However, if I upgraded to a Corporate account, that rule would not apply.”

What Bob describes is a classic scam tactic: giving excuses as to why they can’t sell immediately, but say if you pay more – in a ‘lateral move’ or ‘fees’, ‘taxes’ or ‘penalties’ – you’ll be able to cash up your investments.

At this point, in September 2021, Kate contacted the FMA.

“Dad was so convinced it was real,” she says. “I contacted the FMA for help and support knowing that if the same message came from a financial authority he would be more likely to listen and absorb it – and most importantly not send more money!”

The FMA’s Conduct Assessment Team then confirmed her suspicions: SCAM had all the signs of a scam.

Two months on, Bob is grateful for his daughter’s intervention.

“I probably was sucked in by it, probably would have carried on,” he says. “But she, as an independent person, helped me to see the reality.”

Bob says given the large sum of money involved, he’s hoping to take a complaint with the authorities in Hong Kong.

“I feel very foolish at having been conned,” he says. “But it’s that old thing: ‘If it sounds too good to be true, take a double look at it.’ And I forgot that.”

“I’ll be more wary now,” he says. “If I invest in shares again, it’ll be through a New Zealand adviser.”

Kate says the experience has shaken her trust too.

“Convincing my Dad that he was investing in scammers was a terrible experience,” Kate says. “I felt like the bad guy coming in and taking away everything that the scammers had made him believe.”

“But at the end of the day, you do what you can to protect your family.”

And Kate has this message to others who may be worried that an older relative is being scammed: “Check it out straight away and follow your gut feeling. We're so fortunate to live in an age where everything is available online. So if in doubt, check it out.”

*Bob and Kate are not their real names. They have agreed to share their story to warn others about investment scams, as part of Fraud Awareness Week 2021.