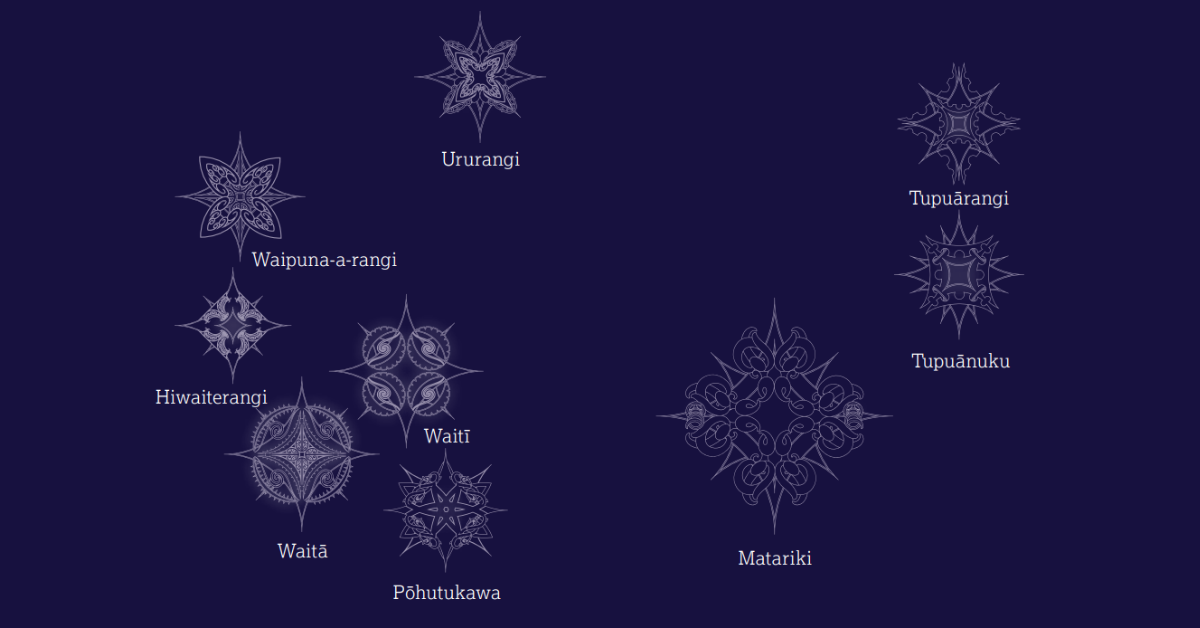 Matariki is experiencing a powerful renaissance and growing in significance as an important occasion on New Zealand’s cultural calendar.  We asked Elijah Walker (Waikato, Ngāti Maniapoto), a Graduate Intern in our Strategy & Stakeholder Relations team, to share the story of what is set to become our newest national holiday.

Matariki is the Māori New Year that happens on 24 of June. Matariki follows a lunar/stellar calendar system and the constellation known as Matariki which amongst Māori marks the changing of the year.

There are slight variations on the story of Matariki among different iwi and hāpu but the essence of whānau and new beginnings is constant throughout each variation.

The other name for this star constellation is the Pleiades. In traditional Māori mythology, Rānginui the sky father and Pāpātuānuku the earth mother, were once together, but their children who lived in Te Pō (the night) came together and agreed to separate them.

Tānemāhuta was the only one who could achieve this, so he laid on his back and pushed his mother and father apart using his legs which revealed Te Aō Mārama (The world of light).

Tāwhirimātea was the only one who disagreed. In pain at the separation of his parents, he gouged out his eyes and threw the pieces into the Milky Way galaxy.

Matariki has been thought to mean either the ‘eyes of god’ (mata ariki) or ‘little eyes’ (mata riki).

Dr Rangiānehu ('Rangi') Mātāmua (Tūhoe) is a New Zealand indigenous studies and astronomy academic and professor at the University of Waikato who has studied the Matariki constellation extensively.

According to Dr Mātāmua there are no stories to support the meaning 'little eyes'. Rather, he says Matariki is an abbreviation of ‘Ngā Mata o te Ariki’ – The Eyes of the God.

Mātāmua has identified a further two stars in the constellation but traditional stories relate to seven.

In other cultures, the star cluster is also known by other names - the Hawaiian name is “Makali‘i” or ‘eyes of royalty’, and in Japan it is “Subaru” meaning ‘gathered together.’

The eyes of Tāwhirimātea have become many constellations, and among them live Matariki, the mother and her six daughters. They rise after the winter solstice and use their mana - their power - to help the weakened sun on his journey back south.

Matariki is a time of renewal and an opportunity to reflect on who we are at this moment in time and build connections with our whānau.

Dr Rangi Mātāmua (Tūhoe) has done extensive research and work within the Matariki constellation.  His research has discovered that there are potentially nine stars in this constellation.  He has composed a song about each star (with the names of each star) and the season and times they are in the sky throughout the year.  Watch the song in this video: