Appreciation: reviews by the FMA team 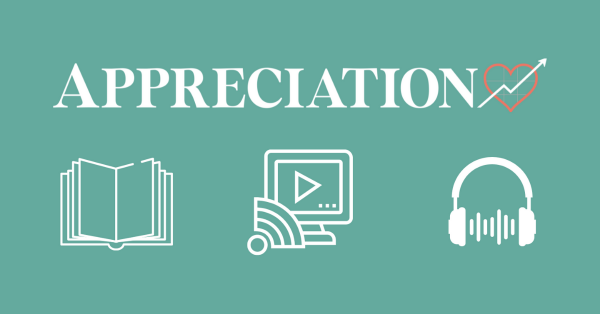 An Appreciation review does not constitute an endorsement or recommendation by the FMA. If you want help making a decision about investing or money management, there are professionals who can help you with this. We recommend you talk to an appropriately qualified financial advice provider.

Trust No One: The Hunt for the Crypto King
- Documentary, Netflix, March 2022

Imagine putting your entire life savings into crypto and seeing it disappear overnight. For Canadian software engineer Tong Zou, he says it felt like he was having a heart attack.

Zou is one of several victims featured in Trust No One: The Hunt for the Crypto King, a documentary-slash-true crime-mystery streaming on Netflix about ‘QuadrigaCX’, Canada’s once largest cryptocurrency exchange that suddenly shut down, leaving tens of thousands of users out of pocket and unable to access their funds.

As is often the case with start-ups, the story of QuadrigaCX begins with its founder, Gerald W. Cotten – a nerdy Canadian and a seemingly all-round nice guy.  Cotten was a crypto success story, who channelled his enthusiasm for decentralisation into building a well-reputed business.

QuadrigaCX soared in popularity thanks to the crypto boom of 2017 as more people were looking to buy and sell cryptocurrencies.  It was a matter of being at the right place, at the right time and Gerald accumulated all the trappings to show for his success including a yacht, plane, various properties and even a private island.

The problems started when the value of Bitcoin nose-dived after its peak at the start of 2018. Around the same time, Zou had sold his apartment in San Francisco and was looking to move to Canada. He was looking for a way to transfer his US dollars to his Canadian account while avoiding bank charges and turned to QuadrigaCX. Zou submitted a request to withdraw funds from Quadriga and waited.  But he never ended up getting his money.

Zou was one of thousands of users who were locked out of their accounts during this time. Adding to the peculiarity of the situation was the announcement of Cotten’s death on 14 January 2018, a month following his actual death in India due to Crohn’s disease. Shortly after, the exchange stopped working entirely and QuadrigaCX revealed that no-one had access to the site besides Cotten, suggesting the lack of a dead man’s switch.

The documentary switches gears into an investigation surrounding Cotten’s mysterious death. The circumstances make for a perfect recipe for conspiracy theories to run amok.  Did Cotten really die from a bowel condition? Or did he fake his own death to flee with QuadrigaCX users’ money?  While there’s a lack of concrete answers, what does emerge is that Cotten may not have been such a nice guy after all.

As the title of the show suggests, investors need to be vigilant in the cryptocurrency space.  The FMA considers cryptocurrency to be volatile and high risk. We recommend investors undertake thorough research before trusting a crypto exchange with your money – even ones that look legitimate.  Use a New Zealand-based trading platform as this offers a minimum level of protection.

Remember, crypto trading platforms and the people who use them are often the targets of hacking, online fraud and scams. Find out more about cryptocurrencies.

Trust No One: The Hunt for the Crypto King is a great watch, not just for crypto enthusiasts but anyone who enjoys true crime documentaries.

“Inventing Anna,” a Netflix show about a white-collar criminal and fake German heiress was released this year to lukewarm reception.

The series was based on the life and criminal proceedings against Anna Sorokin but perhaps the dramatisation failed to do the true story justice and live up to the hype surrounding the case.

A 2018 New York Magazine article by Jessica Pressler first broke the story about Anna Sorokin and how she hoodwinked the art, fashion and finance circles in New York City with the fake persona she created.

Under the alias Anna Delvey, she passed herself off as a European socialite with a sizeable trust fund overseas. Sorokin falsified documents claiming $60m in a trust fund overseas and lied to banks to borrow money to fund her jet set lifestyle and an ambitious business venture – the Anna Delvey Foundation, an arts club catering to New York’s social elite.

Convicted in 2019, she was found guilty on eight counts including attempted grand larceny of over $1 million from City National Bank. She has spent more than 3 years behind bars for her crimes and is now facing deportation by the US Immigration and Customs Enforcement.

Netflix reportedly paid Anna US$320,000 for the rights to her story, enough to waive her fines and legal fees. The deal raises the ethics of paying a convicted con-artist more than their dues, allowing them to walk away from facing the consequences (other than a brief stint in prison).

The media attention, amplified through the deal with a prominent streaming provider, is dangerous for someone who seemingly doesn’t know the difference between fame and infamy. In interviews, Anna has claimed to have received fan mail and even marriage proposals during her time in prison. Her Instagram account, which was used to help present her glamorous façade as Anna Delvey, still exists. Today, she has almost a million followers.

What this suggests to con-artists is a win/win situation – even if you do get caught, is it such a bad thing if your infamy leads to worldwide media coverage, a Netflix deal and social media stardom?

With so many great shows currently out there about financial fraud, “Inventing Anna” isn’t the cream of the crop. However, if Anna’s Instagram bio is anything to go by (it states “Reinventing Anna / Professional Defendant”) this may not be the last we hear about her.

On Netflix right now is a fascinating feature-length documentary about a sophisticated global romance scam that was ultimately brought down by three strong women.

The Tinder Swindler begins with the story of Cecile Fjellhoy, a Norwegian graduate student living in London, who meets an Israeli businessman named Simon Leviev on Tinder.

“Simon” claims to be the billionaire heir to a diamond-mining dynasty, and he has the clothes, bodyguards, hotels and private jet to prove it.  After an initial coffee and sharing messages on the dating app, he flies Cecile across Europe to meet him in person, and love blooms.

Of course, all is not as it seems, and over the course of their relationship (during which Simon is mostly ‘travelling for business’), he convinces Cecile to transfer him around NZ$300,000, using an elaborate story about needing to pay off his ‘enemies’.  Inexplicably, Cecile is then able to borrow that amount of money from various payday lenders and credit card companies.

While Cecile is desperately borrowing to try and save the man she loves, Simon is busy blowing the cash in various continental hotspots, using it to convince the next victims of his ploy that he is a genuine high-roller, in a type of con-man Ponzi scheme.

We meet those other victims – three in total throughout the film – and see the techniques “Simon” uses to gain their trust and steal their money.

Stories like this show how tempting it is to blame the naivete of the victims or cast doubt on their intentions.  Social media commentary around The Tinder Swindler has called them “stupid” and “gold-diggers”, who somehow “deserved to be scammed.”  Even the film itself veers into victim-blaming when introducing Cecile’s story, literally editing in scenes from her favourite childhood movie, Disney’s Beauty and the Beast, as she talks of her desire for love.

But all of that ignores the exceptional ability of scam-artists to charm, convince, and manipulate others, regardless of how intelligent, sensible or educated they happen to be.  At the FMA, we see many examples every year of smart, hardworking people who have been taken in by smooth-talking scammers and lost tens, even hundreds of thousands of dollars.  While there are red flags we can all look out for, the scammers are the ones dedicating their entire lives to swindling others, and they are ultimately at fault.

There are some questions that aren’t answered, like how easy it was for Cecile to borrow so much money.  The film is scant on detail in this respect, but it does seem odd that not one of these payday lenders asked any questions about why she was borrowing so much money, looked at her total debt, or examined her ability to service the loans.

But perhaps the most striking feature of this tale is the courage of Cecile and her fellow victims to fight back against the Swindler.

Cecile works with journalists to expose Simon for the abusive cheat that he is, and (spoiler alert) goes on to set up a not-for-profit that helps others who have experienced fraud.  Remarkably, the film’s other victims also find ways to stand up to him.

Romance scams are particularly disturbing because of the way the scammers betray the trust of people they encouraged to be vulnerable in a very personal way.

At the FMA we’re seeing more and more cases like this; of investment scams that start with a match on a dating app, then progress into the victims being talked into “investing” their money overseas, by a scammer who pretends to be a rich and successful friend who just wants them to be rich too.

While we might think we would be immune to scammers and con artists, The Tinder Swindler is a cautionary tale for all of us.

Documentary series Money, Explained on Netflix is an eye-opening, colourful and often humorous look at five different facets of modern capitalism and the human behaviour around them.

"Evolutionary speaking, we're actually wired to trust," says one scams expert, "but that also means we're susceptible to bad actors" – a line that pretty much sums up the entire series.

In that first episode we see how investment scammers have been with us for centuries, hawking the same false promises; and how all that changes is: a) what they're selling and b) the mediums they use to pitch their fraudulent wares.

Like 1820s scammer Gregor MacGregor, who made a fortune selling land in the non-existent Central American state of Poyais, promising "rivers lined with globules of pure gold". His equivalent of social media was paying street balladeers to sing about his imaginary land.

New Zealand makes a cameo, on a chart showing the correlation between trust and affluence, placing us high on the ‘Trust’ scale. Hmm. Other fascinating factoids include the origin of the ‘Nigerian prince email’ dating back to a time when prisoners would write letters to random people outside prison walls, offering future riches in return for a small fee.

Compare that to today, where technology allows "evil people able to interact with each other and across the globe,” warns another expert, with crypto singled out as the new scammer’s paradise.

The final episode of Money, Explained, about retirement savings, is equally relevant to Kiwi viewers. It explains how the concept of an ‘easy retirement’ is relatively new, arising after the introduction of social security in the mid-1930s – when life expectancy was lower than the retirement age of 65.

It gives an explainer on the US’s “401k” pension plans and compares that system with Britain’s NEST workplace pension scheme, both of which are similar to KiwiSaver in that employers contribute too.

We also see the gap between our ever-growing life expectancies and how long people expect their savings to sustain their present lifestyle after retirement; a situation one professor warns will see some of us “sink from a middle-class life to near poverty experience into retirement”. Yikes!

Money, Explained is a vibrant and quick (two hours) factual binge, and a must-watch that will make you stop and think before making hasty money decisions in the five areas it covers.